Office of the DD Ombuds Staff 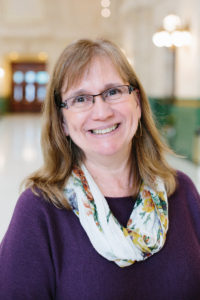 Betty Schwieterman (she/her) works to change systems to be responsive to people with disabilities. In 2017, Betty began her new position as the head of the Office of Developmental Disabilities Ombuds, a program of Disability Rights Washington. She leads the statewide DD Ombuds program to promote the well-being of people with developmental disabilities through rights education, monitoring services and facilities, identifying concerns and complaints, complaint resolution at the lowest level possible and making recommendations to the service system and legislature for improvements.

Previously with Disability Rights Washington, Betty worked to improve the abuse response system and victim rights of people with disabilities, election accessibility, self-directed personal assistance services, and address gaps in the service systems for people with traumatic brain injuries. Betty’s passion is to support people with disabilities who are new to advocacy, build advocacy coalitions, and provide support and technical assistance to advocates.

Betty worked as a speech therapist in rural Missouri schools after receiving a Bachelor of Science in Communication Disorders from Missouri State University in 1977. She moved to Seattle, and in 1982, began work as an advocate for the agency now known as Disability Rights Washington. She served as Chair and Past Chair of the Mental Health Parity Coalition during a successful nine-year effort to end discrimination in insurance coverage for people with mental illness. She co-chaired the Washington State Traumatic Brain injury Council, served on the Developmental Disabilities Council, Adult Abuse Workgroup, and numerous other system change coalitions. 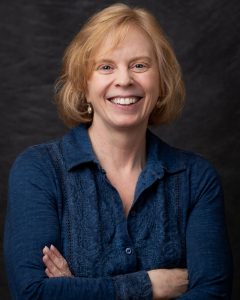 Lisa Robbe (she/her) is a passionate advocate for people with developmental disabilities. Her career in advocacy began in 1991. Over the next two decades, she served as the founder and director of two private Medicaid provider agencies in Idaho, held leadership positions with provider organizations, and worked to enhance training for direct care staff. Lisa also served on Idaho’s Council on Developmental Disabilities, as a board member for Idaho’s Parent Training Institute, and as a Positive Behavior Supports trainer for hundreds of direct care staff for the state of Idaho.

In 2012, Idaho made drastic cuts to Medicaid that ended many services for people with developmental disabilities. Lisa spent time advocating at the legislature and helping people and their families access due process hearings, but nearly all of the proposed cuts went through. This experience motivated her to obtain her law degree and gain additional advocacy skills.

Leigh Walters (they/them) is a disabled, queer advocate who is committed to advocating with other disabled people in pursuit of their dignity, boundaries, humanity, and self-determination. Leigh joined Disability Rights Washington in 2021 as the Region 2 Developmental Disabilities Ombuds.

Leigh graduated from Lewis & Clark College in 2018 with a Bachelor of Arts in Sociology & Anthropology and a double minor in Ethnic & Gender Studies.  While in college, they were part of a group that began the school’s first Disabled Student Union, which provided a space for disabled students to find kinship while advocating for on-campus rights.  Their Senior thesis, “She’s not here right now”: Graphic Representations of Queerness and Neurodiversity, explored intersections of queer identity, mental illness, and Autism through academic research and artistic expression.  Due to its unique nature, Leigh’s thesis was chosen to be presented at the yearly Gender Studies Symposium.  Leigh also has a background as a theater kid and has served as an access consultant and script-advisor for numerous projects, namely Do Not Pet, which featured issues affecting service-animal users on-campus.

Since graduating college, Leigh has been an active community organizer, most notably as the Access Coordinator for a recent political campaign.  Leigh still regularly researches and presents on issues affecting the disability community, namely their ongoing research on disability representation in the horror genre, Freaks: Disability Representation Horror-Media.  In their spare time, they like drinking tea and watching horror movies with their cat, Mikey.

Noah Seidel (he/him) joined Disability Rights Washington in 2017 as the Region 3 Developmental Disabilities Ombuds. Noah is a disabled advocate who works to support people with disabilities to live a full life and engage in social change. Noah graduated from the University of Washington where he received a degree, majoring in Disability Studies, Political Science, and Comparative History of Ideas. He has worked in many ways to support people with disabilities and promote disability equality.

While attending college, Noah was active in DASA (Disability Advocacy Student Alliance) where he worked with fellow students to make the University of Washington more accessible for people with disabilities and help host disability pride events on campus.

Noah worked at the DO-IT Program at the University of Washington. Where he focused on helping high school students prepare for careers or higher education and for college students to find work opportunities, especially in STEM fields. While with DO-IT, Noah was able to mentor a wide range of students with disabilities to help them make decisions for their life. Following college, Noah worked at North Seattle College in the Disability Services office. While there, he helped students receive accommodations and made sure their disability-related needs were being met.

Following a move to Lacey, Noah started working at The Arc of Washington as the Self-Advocacy Coordinator doing community organizing and policy work with the Self Advocates in Leadership (SAIL) coalition, a group made up entirely of people with Developmental and Intellectual Disabilities. With the coalition, Noah supported the membership to meet with legislators, testify at hearings, and write policies. Noah worked with other organizations to host weekly advocacy days at the Capitol, where he helped people express their opinions on legislation. While working for SAIL, Noah was able to connect the coalition with other social justice groups, influence positive legislation for people with intellectual and developmental disabilities, and push for social model policies within the disability system. Noah currently lives in Lacey, Washington, where he enjoys playing wheelchair basketball and  reading graphic novels and comic books. 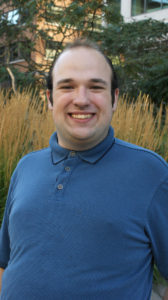 Tim McCue (he/him) is an advocate who experiences developmental disability and is passionate about changing the system so that disabled individuals can follow their dreams. He has practiced self advocacy in Tacoma from a young age, being placed in special education from the time he started school. In high-school, he took advanced classes in plant biology, became a teacher’s aid, and was elected the treasurer of the school’s FFA (Future Farmers of America). After that, he was enrolled in the Community Based Transition Program, and he worked for two years at a local greenhouse. During that same time, he worked alongside Self Advocates of Washington as an intern.

Once he graduated the transition program, he was hired on fully at SAW as a program manager. In the interim, he volunteered his time to multiple disability rights efforts, such as Allies, Sail, Advocacy Days, and the push for Person Centered Planning. Finally, in 2017, he was chosen as the Self Advocacy Educator for the new DD Ombuds program, where he works today. 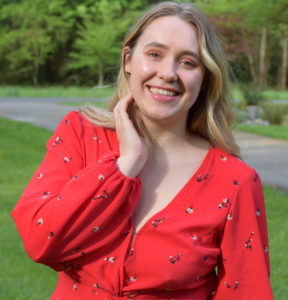 Teal (she/her) ​is the Office Assistant for the Office of Developmental Disabilities Ombuds. She’s driven by her personal and professional commitments to disability justice and anti-racism.

Outside of work, Teal is studying to become a public librarian. She also runs GeekGirlCon’s blog, where she writes about pop culture and works to create safe and accessible geeky spaces. Right now, her main hobbies are reading, writing, and meeting with her Twilight book club. She lives in Seattle with her three sisters and two cats.